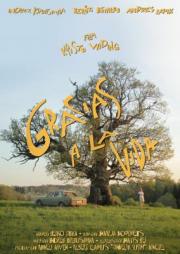 Patrik, the guitarist with remarkable imagination, lives an easy and modest life. He is unusually sensitive to beautiful women and cars. His charming spouse Rita causes him an unintended jealousy attack. Unexpected follows. Patrik meets a lonely footless aristocrat, Roland Zagreus. Two men recognise themselves in each other and also find an answer to the question that has bothered them both for a long time. Zagreus makes to Patrik an offer, which is difficult to refuse.

GRACIAS A LA VIDA is a Mediterranean mystery, in a faded light caused by the high sun. Hot summer transforms into a music film, framed with guitar melodies by Indrek Kruusimaa.

The film is inspired by the debut novel "A Happy Death" by Albert Camus, (published in 1971).