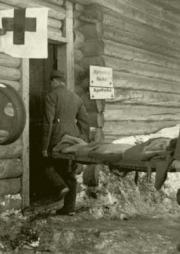 Documentary based on archival materials about lost generation of young Estonian men, who have forced themselves to forget their youth.

The main characters are five schoolboys from Tartu in wartime and post-war Estonia, Germany and Russia (1943-1947)

Film starts in Tartu Secondary School for Boys in 1943, when 18 year old boys were forced to volunteer in Wehrmacht's work service, instead of finishing the school. Instead of promised short period of work, they were forced to go to the German learning camp and then as soldiers to the war front, where they saw all the terrors of war.

At the end of the war one of them was in the prison camp in Russia, two in German prisons and two in the hospitals - one in Germany and one in Russia.

The focus of the film is on the challenge of human characters in hopeless situations, and how to maintain your own existence and despite of everything stay true to yourself.